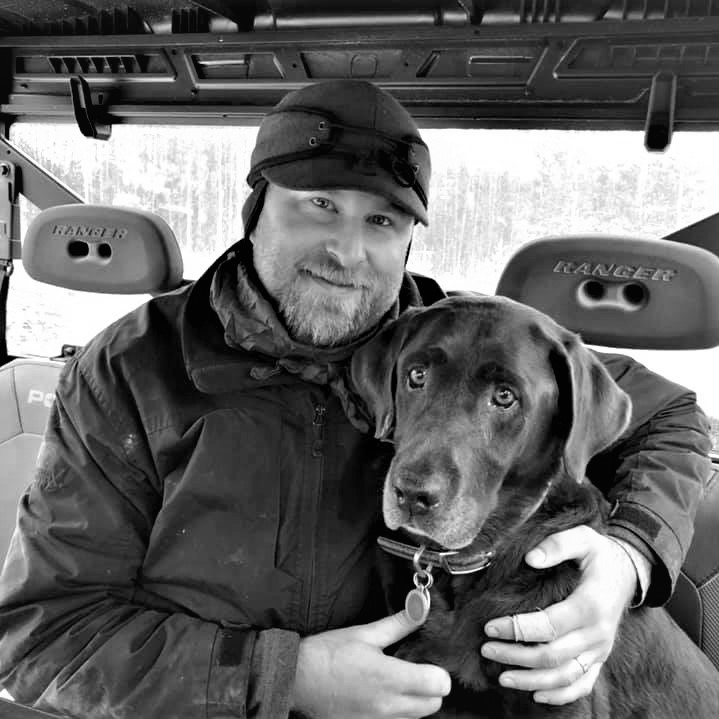 Dr. Nick began working for Sorensen Vet Hospital in September of 2013. Nick grew up in Anaconda, MT, but spent as much time as he could on his grandparent’s cattle ranch in Drummond, MT. He attended Montana State University where he earned a Bachelor of Science degree in Animal Science in 2005. After graduation, Nick enrolled in the horseshoeing school at MSU and became certified in March of 2006. He received his Doctorate of Veterinary Medicine from Oklahoma State University in 2011. While in veterinary school, Nick met his wife Dr. Kelli Johnson and they were married in 2012. Nick practiced in Oklahoma for several years in a mixed animal practice before moving back to Montana and joining Sorensen Veterinary Hospital in August 2013. He focuses on large animal medicine and surgery with special interests in bovine/equine theriogenology, cattle PAP (Pulmonary Arterial Pressure) testing, beef production, vaccine protocols, routine equine health management and equine lameness. Dr. Nick is licensed to practice in Montana, Idaho and Texas and has been certified through Dr. Tim Holt and Colorado State University-College of Veterinary Medicine to PAP test cattle for high mountain disease.

In his free time, Nick enjoys hunting, fishing, camping, skiing, horseback riding and spending time with his wife Kelli, their dog, Rhyder, and Sam the cat.

Dr. Bruce Sorensen is originally from Sidney, Montana. He attended Montana State University and received a Bachelor of Science degree in animal science in 1974. He then attended veterinary school at Washington State University and received his Doctorate of Veterinary Medicine (DVM) in 1979. Since that time, Dr. Sorensen has been practicing in the Gallatin Valley, focusing primarily on large animal species. He has special interests in herd medicine, theriogenology (reproduction), and camelid and small ruminant medicine. Dr. Sorensen also served on the Montana State Board of Veterinary Medicine for several years.

In his free time, he enjoys hunting, fishing, and supporting youth programs such as 4-H and FFA.

Dr. Jen Haugland has deep roots as a 6th generation Montanan. She was born and raised in the Gallatin Valley where her family still raises commercial beef cattle and hay. Growing up Jen was an active member of 4H, raising everything from rabbits to market steers. In high school, she joined the FFA and quickly became a leader in the local chapter. It was in these organizations she developed a passion for education and “the future of agriculture.”

Jen attended Montana State University, majoring in Animal Science. During her undergrad studies and veterinary school holidays, she worked as a large animal veterinary assistant at Sorensen Veterinary Hospital from 2010 to 2017.

Jen attended Colorado State University for her Doctorate in Veterinary Medicine. She elected to track; focusing on large animal medicine as she has always had a special interest in food animal and equine medicine. Jen was awarded the only Beef Clinical Proficiency Award of her class for her skills and knowledge in beef cattle medicine.

After graduation, Jen practiced in Dillon, Montana for a year. It was there that she was able to really grow as a large animal practitioner and refine her skills and love for bovine medicine.

Jen has a special interest in beef cattle medicine, is passionate about every aspect of herd health, is certified to PAP test (screening for High Mountain Disease) and is Beef Quality Assurance (BQA) certified. She also enjoys helping ranchers with custom vaccine protocols and beef cattle handling.

When not working, Jen enjoys spending time with family and her border collie, Willard.

Kay has been the office manager at Sorensen Veterinary Hospital since 2006. She has enjoyed living in the beautiful Gallatin Valley for all of her life. She received a business degree from Montana State University and has worked in many aspects of the cattle industry. Kay and her husband Dave own and operate Klompien Red Angus. In her spare time, Kay enjoys horseback riding, working cows, sewing, and spending time with her family.

Marcia is a Certified Veterinary Technician and began working for Sorensen Vet Hospital in 2002. She is originally from Minnesota, but she has lived in Livingston, Montana since 2000. She and her husband Ken own and operate Krazy Creek Ranch, where they raise, train, and show Quarter Horses and Paints in cutting and reined cow horse competitions. Marcia has over 27 years of experience as a veterinary technician. She sat for the Vet Tech National Exam in 1995 and has been a Certified Veterinary Technician (CVT/LVT) since that time. Marcia has special interests in animal behavior, anesthetic monitoring and safety, dentistry, and bull semen evaluation. 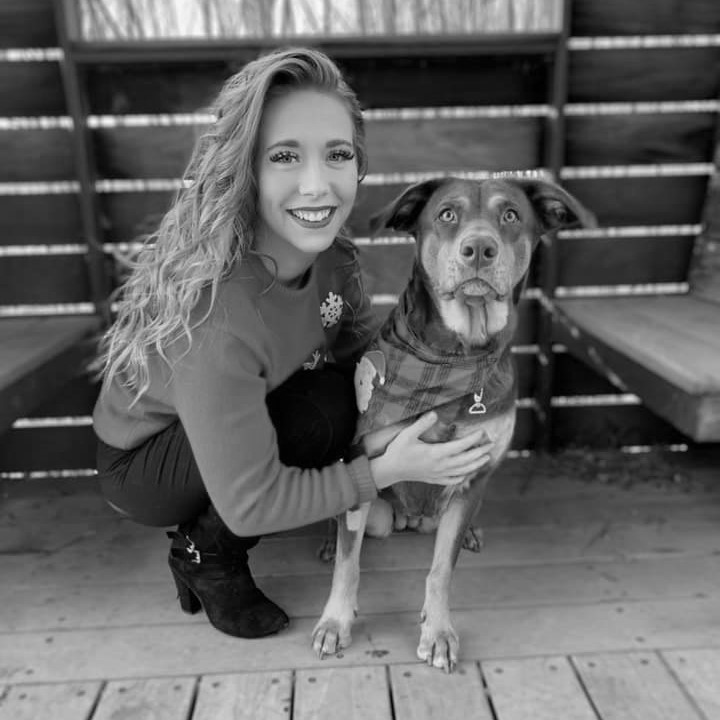 Stormi is originally from Shakopee, Minnesota, and moved to Bozeman 7 years ago to attend Montana State University. She has always had a passion for caring for all shapes and sizes of animals. If she isn't in her backyard hanging out with her chickens & ducks; she is probably hiking, fishing, or camping with her lab mix, Sedona. 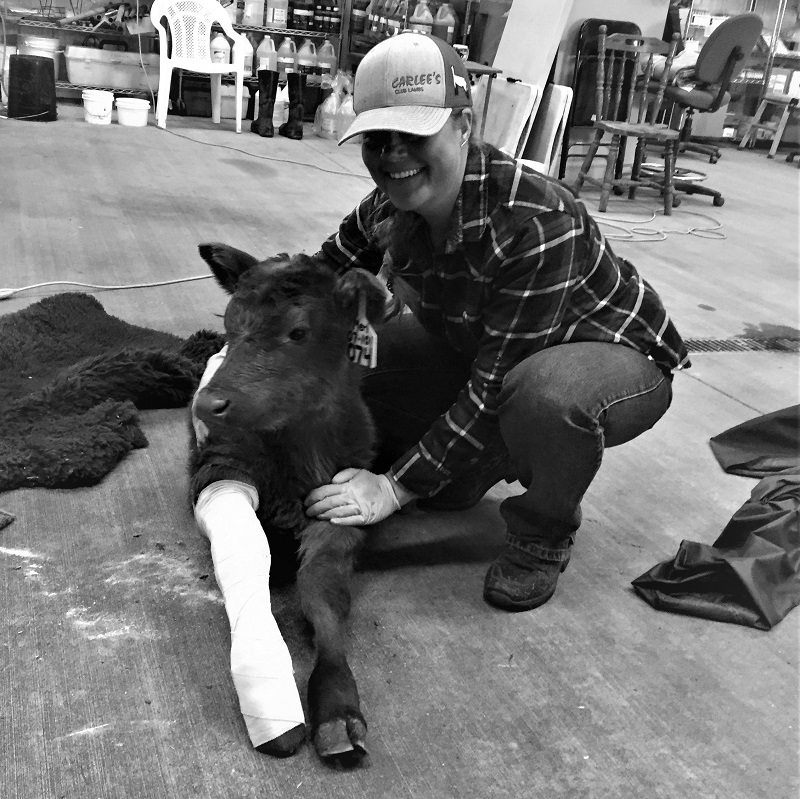 Alex is a Certified Veterinary Technician and began working for Sorensen Vet Hospital in 2013. Alex is originally from Telluride, Colorado. She moved to Montana after high school to pursue a Bachelor’s degree in Media and Theatre Arts and English Writing. She later returned to Colorado to attend Colorado Mountain College’s Veterinary Technology program. In 2013 she found her way back to Montana and started working for Sorensen Veterinary Hospital as a mixed animal technician.

In her free time she can be found working on the ranch she care takes in Gallatin Gateway, riding horses, skiing, or exploring the mountains with her two dogs, Booger and Turtle.

Lindsay is a Certified Veterinary Technician and began working for Sorensen Vet Hospital in June 2016. Before moving to Montana, she completed the Veterinary Technology Program at Colorado Mountain College in May 2016. During school, she became passionate about working with both large and small animals. Lindsay grew up in a small town in California and completed her Bachelor’s degree in Dairy Science at Cal Poly, San Luis Obispo. She owns a sweet and sassy border collie named Dixie and loves to hike, fly fish, ride horses, and cook bacon. 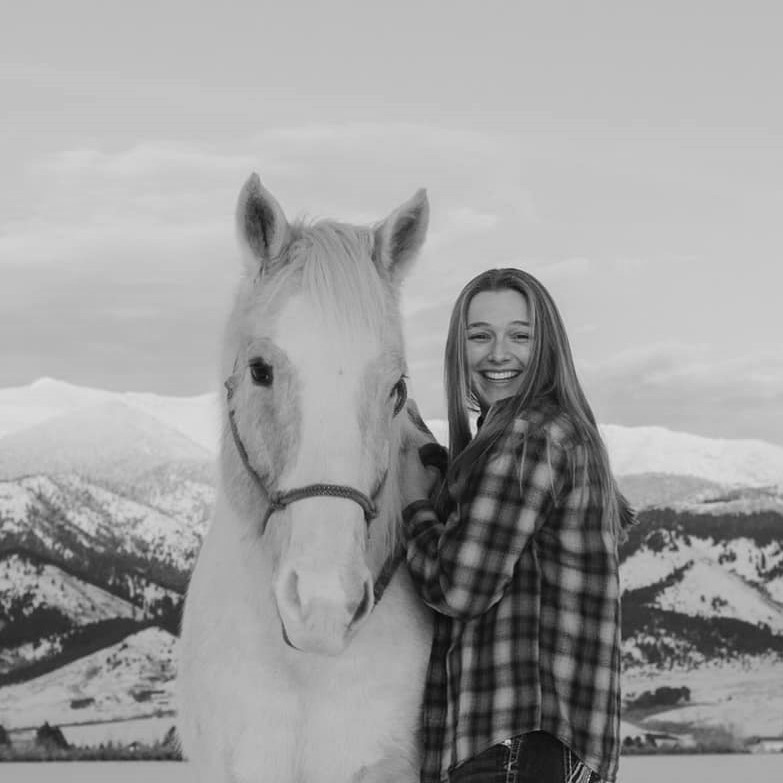 Cassidy moved to Montana a few years ago after falling in love with the mountains. She's currently enrolled at MSU and studying Animal Science with the goal of becoming a large animal vet. Cassidy joined the Sorensen crew in September 2019 and has loved every minute of it. If she's not working or in school, Cassidy can be found palling around with her horses or fly fishing with her dogs.

Lainee is originally from Townsend, Montana and she spends most of her summers in Big Sandy working on the family farm. She is currently a pre-veterinary student at Montana State University studying Animal Science with a goal of practicing large animal medicine in the future. Lainee started working with Sorensen Vet Hospital in 2018 as an intern. She runs a farrow-to-finish swine operation with her mom in Townsend and has been extremely involved in the local 4-H and FFA programs. In her spare time, Lainee can be found fishing, hiking, and playing board games. 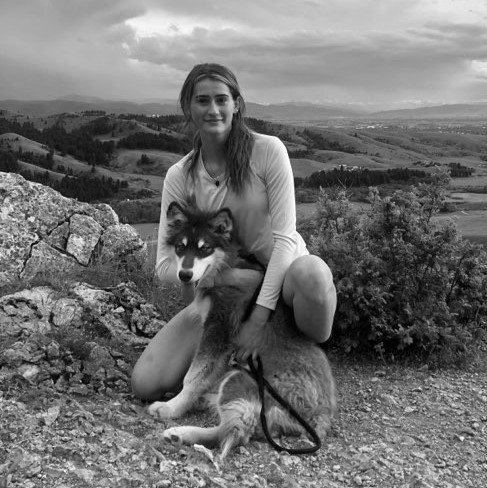 Sydney grew up in Belgrade, graduated from Belgrade HS in 2017, and then went to Dawson Community College for a semester to play volleyball. She started at MSU in spring 2018, majoring in Microbiology and Immunology and minoring in Animal Science Pre-Vet track. Her goal is to be a wildlife vet! Syd started at Sorensen Vet Hospital in December 2018 in small animals and joined the large animal team as well this past January. In her off time, Syd likes being outdoors, hunting, hiking, and hangin with her doggies.